Sumrin Tysilio was born in 2007 in Lierop at Sumrin. He was a super foal, by Royal Welsh champion Vechtzicht Hywel out of our own champion mare Sumrin Taru. Both grand dams were national champion of the Netherlands and both grandsire have an impressive record as a stock getter.

Tysilio spent one winter with us in Reuver, after which we sold him to the late Hans van de Nieuwenhuizen. Hans showed him at the stallion inspection in 2010. Unfortunately, Tysilio caught a severe cold just two weeks before the inspection and although Tysilio was selected to the second inspection,  he was the last colt not making the premium.

After the stallion inspection, Tysilio was trained for harness and under saddle and was sold to serve mares in Friesland with the Jelsma family. In April 2016, he was acquired by Ute Franke and Joost van Gestel.

He was entered in two shows for 2016. At his second show, the WPCV summer show in Wezep, he won the senior stallion class against tough competition.

Tysilio has strong and correct movements. Tysilio is trained for saddle, harness as well as halter classes. He has a very kind disposition, up to a point where he can be trusted with small children.This summer, he was running out with the mares, after which we still showed him for fun.

Tysilio has bred offspring before and proves fertile. He was born chestnut and although he has two grey parents, he is heterozygous for the grey gene and will throw other colours than grey.

Tysilio has had the following registered offspring:

gave us a filly foal: Sumrin Satu out of Sumrin Saint Mary

For 2018, Sumrin Tysilio covered 6 mares, 5 of which are scanned in foal, the sixth not scanned:

Sumrin Tysilio was gelded in 2019 and is now a riding and driving pony. 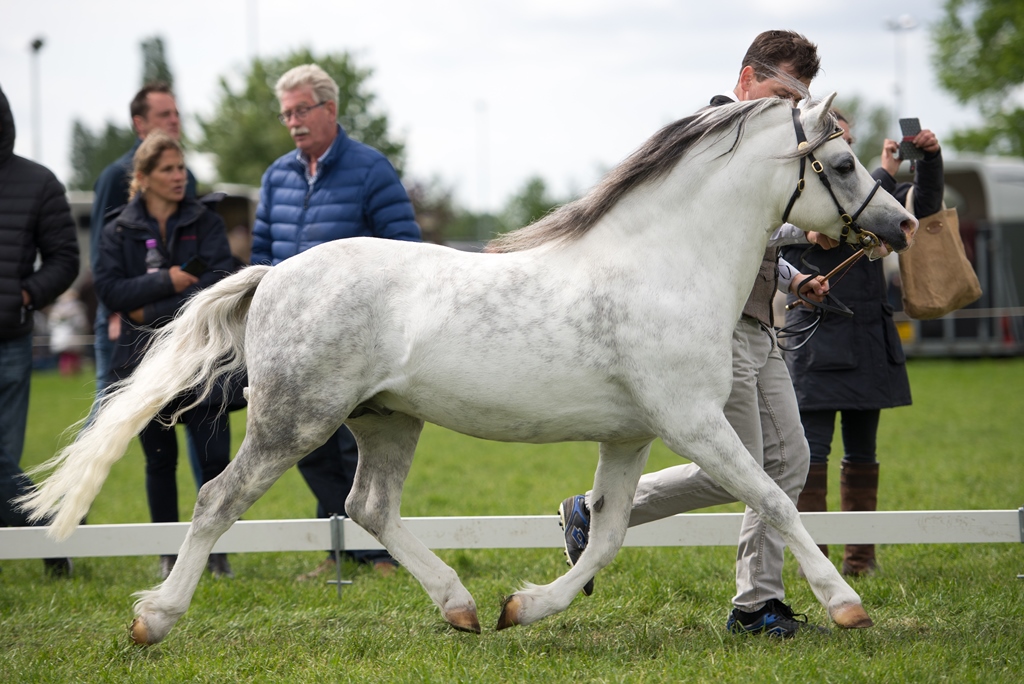