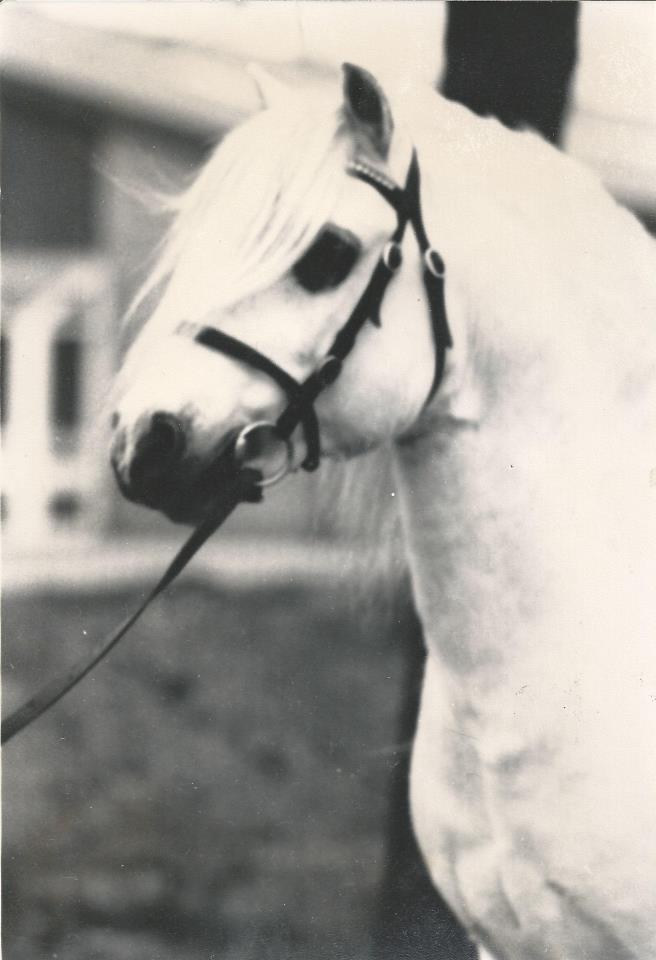 1982: As usual, the stallion show was held in february. After the show, my father and I were quite disappointed in the new crop of stallions. Especially as we were looking for a stallion to match Sumrin Titiana. We had laid eyes on Revel Tobias, but he seemed to be out of business already. During some discussion on Sunday February 15, 1982, my father remembered he had once seen a stallion. An old Criban stallion in the fields of the late Mr. Jan Lepoutre. As Mr. Lepoutre was not anymore registering his ponies at the NWPCS at that time, the stallion had not been shown at all. Of course he did not have a licence for the NWPCS either. He used to breed only for the WPCS or for the WPCV. As Mr. Lepoutre deceased, his sons were contemplating on selling the herd. We contacted Mr. Evert Lepoutre and we went to see him: Criban Star Fiddle. One of the most impressive Welsh ponies I have seen in my life, but at that moment suffering from being in too rich fields. Despite that fact, he did not founder, which did indicate his strong constitution. (Continued after pedigree)

Criban Star Fiddle was not valued very highly during his lifetime, but after his death, many of his descendant did very well. Unfortunately, he never left any sons, but his daughters have done quite well: