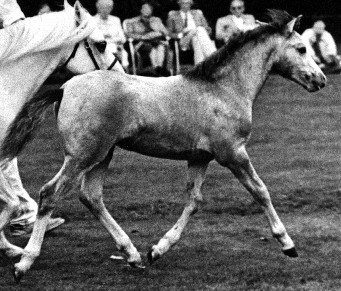 Sumrin Tsarina was Tina's first filly by Criban Star Fiddle. She made a jumpstart on her showing career by Winning the foal championship at the Regional show in Wanroy, 1983. Her dam, Dyrin Tina won the overall championship that day. She was sold to Mr. van Hest of Hoogeind. At the age of 3, Tsarina was sold to the Goldschmidt family, after which Sumrin Tessa was bought back to stay at Sumrin and Hoogeind. From there on, she moved to the van Rijn family of Waardhoeve stud, where she produced Waardhoeve's Tirion, who was purchased to strengthen the Tina line in 1997. Her full brother, Waardhoeve's Tryfan was accidently gelded as a three year old, but proved to be a very versatile riding pony.

Tsarina subsequently was sold to Ms. Jannie de With in Hei en Boeicop until she died, where she still bred some offspring. Tsarina won a number of first premiums at mature age. 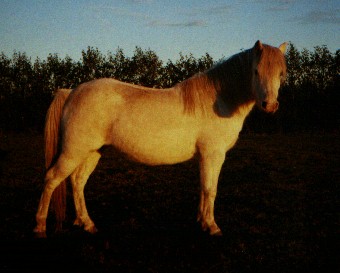 Tsarina in the field in Hei en Boeicop.