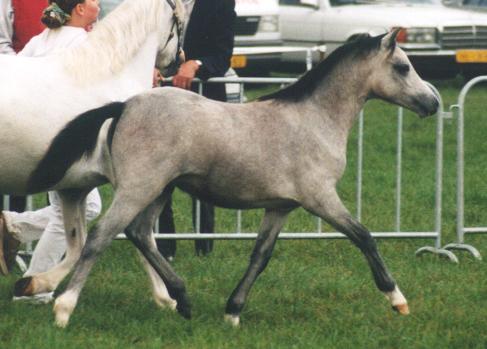 Erica was named after our groom Erica, who helped out my dad for many years. Sumrin T's Erica has only been shown twice. As a foal at the September show in Lierop, where she was placed second, as a yearling at the regional show in Sevenum, where she gained a first premium. The picture above was taken at the Lierop show. Erica was sold as a driving pony in the center of the Netherlands.