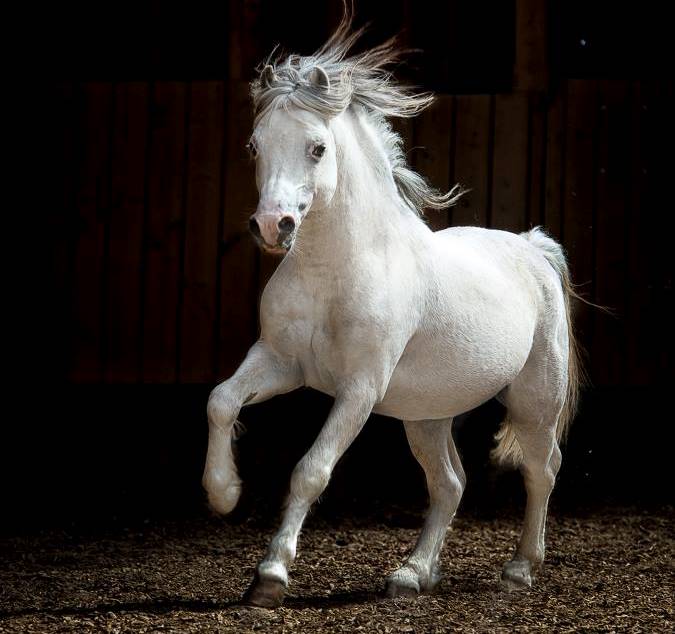 We always followed the offspring of Coelenhage's Carmen well, as she is exquisitely bred, being by Sumrin Tristan out of a mare by Roman Springlight and Glenfield Chocolate Cream. It is hard to find such breeding in a pony. We were delighted to hear Carmen had a good colt by the well known champion stallion Vechtzicht's Hywel in 2003. At age three, Cassanova was exported to Germany to start a showing career at Sadiqui stud, after which he also spent time at the Springfire stud and is currently at Horseland stud of Torsten and Kerstin Petith.

Cassanova has been only used lightly for breeding, which is a shame for a stallion which such irreplaceable breeding. For many times, we have thought on taking mares to him, but the distance has stopped us from doing so.

We are very excited to have his son, Horseland's Cracker with us