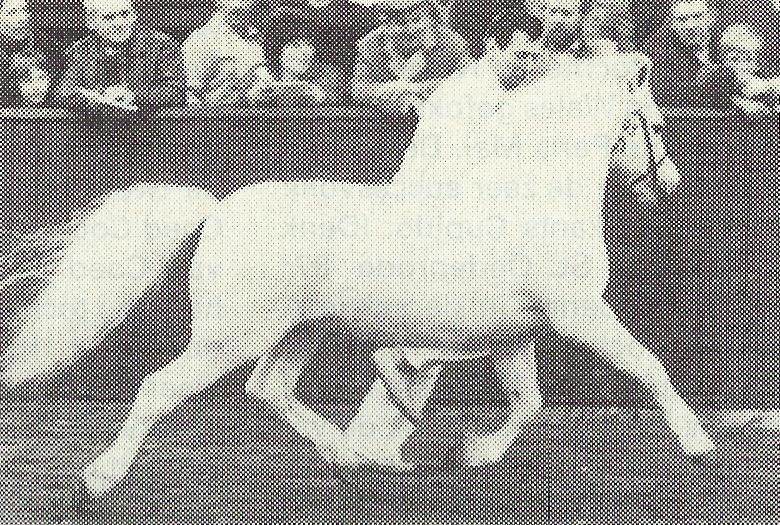 Coed Coch Brodor was seen as the best stallion of his days. As a yearling, he was placed third at the Royal Welsh show, to Hollytree Music Man and Vardra Julius. Vardra Julius remained his eternal competitor through the years. 1971 was an extraordinary year for imported stallions: besides Coed Coch Brodor and Vardra Julius, also Baledon Pippit and Rhyd-y-Felin St. Elian were born in the same year. Rarely so many top producing stallions are born in the same year.

Unfortunately, the pictures here do not do Brodor a lot of justice, as he was better than that. In 1975, my father wanted to take Dyrin Tina to Leith Popover, but Mr. Bouwmans talked my dad into using Brodor. Nothing to be unhappy for, because Tina and Brodor left us Sumrin Tristan, who made such a mark in his lifetime.

Brodor's show record is immense, he has won the European championship, winning virtually every class at the stallion inspection since he was four years old. The only reason he never was champion at the stallion inspection, because in his days, championships were not awarded! His sons Biesdeel's Sedan and Biesdeel's Rocco won their classes as a three year old. He was also bred in the purple, as his pedigree shows below. A fourth son of Coed Coch Brodor was Maaskant's Jurgen, who did breed good stock in his days. 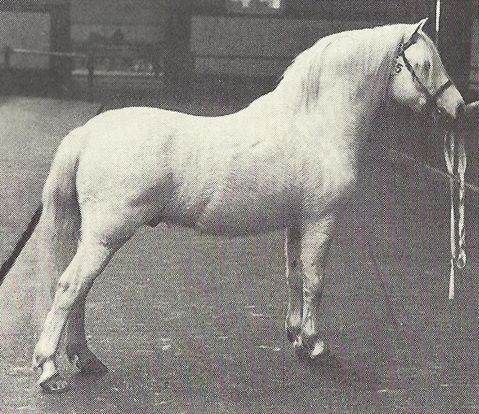