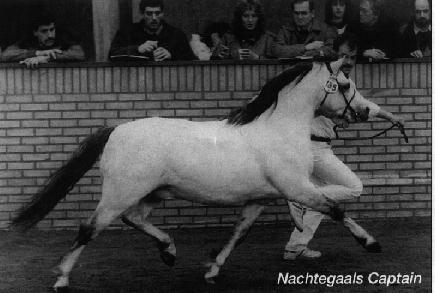 Nachtegaals Captain has been the de-facto champion of the stallion inspection for many years, when a championship was not awarded. He always won his class, starting at three years old, winning the Dyoll Starlight cup.

We had four foals by him, Sumrin Tauber, Sumrin Taika and Sumtin T's Erica, all out of Sumrin Taru as well as an unregistered colt out of Revel Comfrey.