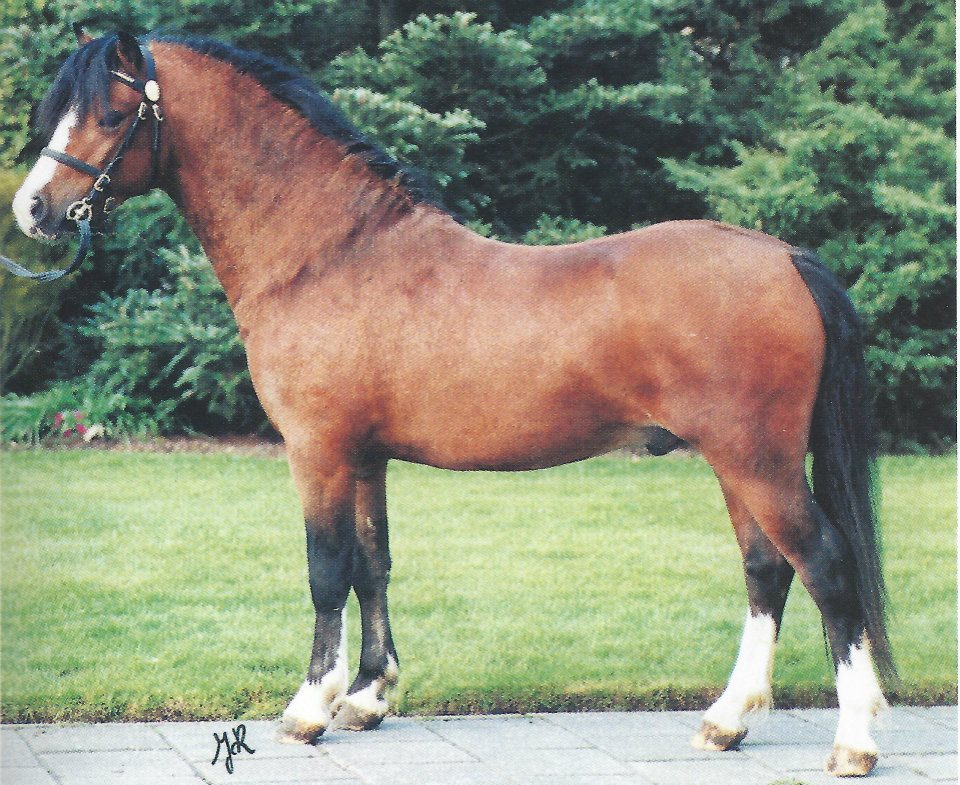 In 1999, Mr. and Mrs. Dobber of the famous Vechtzicht stud leased us two two-year old colts, Friars Super Trooper (out of Friars Sarah) and Springbourne Huckleberry. Together with Mr Wagemans of Hegelshof stud, we decided to run them out at the Strabrechtse Heide, which is a park of 250 hectare near Someren. In 2000, Huckleberry produced 4 foals, amongst which Sumrin Tulip Festival and Hegelshof Serge, the latter being a premium stallion for the NWPCS and the former being the best daughter of Sumrin Taru.

Huckleberry was exported to Denmark, where he has a good riding career.