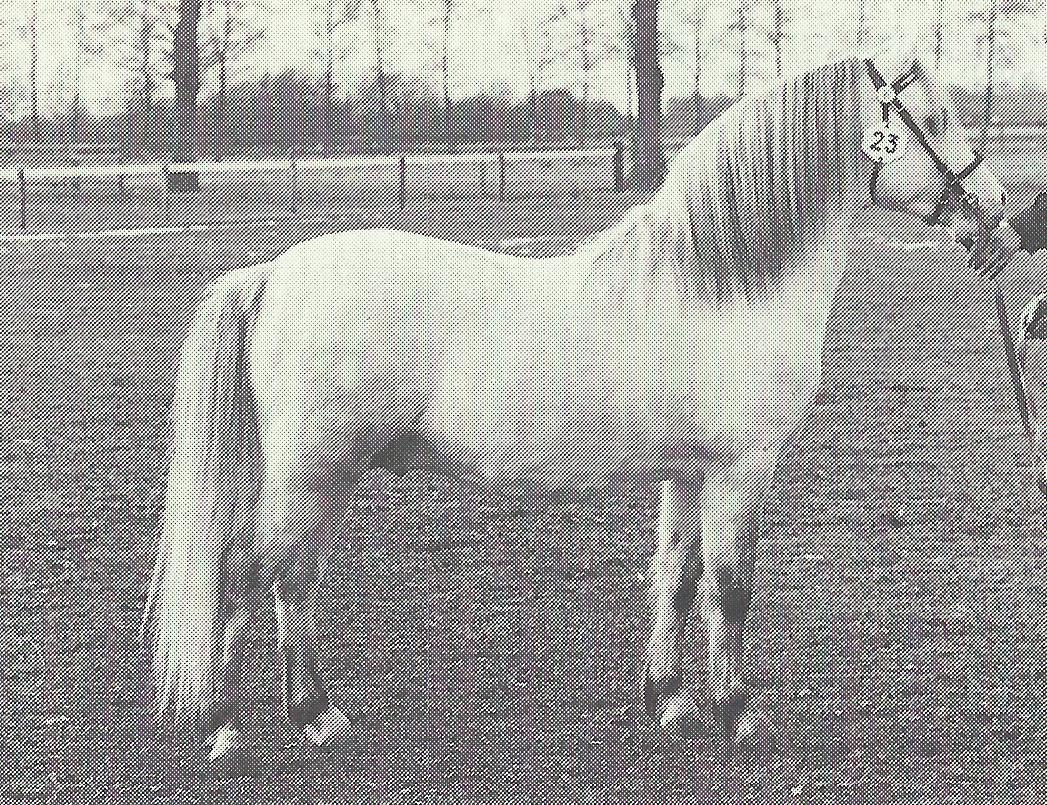 Hisland Pye was quite a catch for Mr. van Zeeland when he purchased him. In 1977, Mr. van Zeeland purchased two colts at Weston, out of which one was a son of Revel Pye. Unfortunately, that one died before he turned three, but the other turned out to become Weston Falcon, on of the most influential stallions of his time. But as he really did want a son of Revel Pye, he was delighted to get his hands on Hisland Pye. And Pye did have credentials. His full sister Hisland Pompom bred the famous stockgetter Hisland Hyderus, who did so well for Baledon. Revel Pye is also sire of Brierwood Rocket II and is a halfbrother to Vardra Julius. Mother Hisland Thimble was by the famous Brierwood Blue Boy and the further pedigree showed famous names such as Revel Crusader, Winestead Larina and the Kilhendre Celtic ponies. He should breed champions, if any.

In reality, Pye was a very choosey breeder. He did not match Dyrin Tina very well. Sumrin Tania just did not have a head to match a quality pony. But (not a big surprise), he fit very well on Sumrin Tiara and her daughter Hofkes Sophie (by Weston Falcon), as well as on Ross Fancy That (double granddaughter of Clan Pip). Sumrin Tiara produced a ster mare named Hofkes Desiry by him (one of the lead mares at Heide stud for some years) and Sophie produced Hofkes Daisy. Both produce of line breeding, where Desiry would double up on Revel Pinup and Daisy also on Brierwood Blue Boy.